Poor water drainage is a major problem with equestrian arenas. Poor drainage leads to inconsistent footing which can cause injuries to horses. Poorly draining areas of the arena can also cause the horses to punch through the footing into the base and damage the base. Once the base is damaged, repairing the footing usually requires a very expensive complete re-do of the arena. 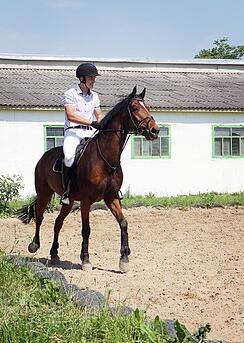 Caption: If drainage is a problem, GGT has a product that can be mixed into footing that absorbs impressive amounts of water.

Add to the base

One solution is to scrape off the current footing, lay down Geotextile cloth over the current base, and then put down several inches of crushed rock over that and compact it. The footing can then be re-applied over the top of the "new base." However, if a horse does punch through to the base with this arrangement there is the possibility of the hoof getting caught in the Geotextile cloth leading to a catastrophic tripping event.

Often drainage problems arise from the base not being properly compacted in the first place. When properly compacted the surface of the base should be as hard as concrete. Some people have tried to correct their drainage problems by pouring cement over the base. Others have tried to patch the bad spots in the base with cement patches. If the arena was properly graded and sloped in the first place fixing the base with cement may actually work- the water will flow off over the cement and out of the arena. However, if the grading went awry, you may end up with an even worse drainage problem after a cement fix. Besides, once you get to the point of cementing over your base you might as well admit you're not doing a "quick fix" any more and really need to spend the time and money correcting the real problem.

If you need help in correcting your arena problems, or would like to build a new arena from scratch that won't have any drainage problems, don't hesitate to contact us. 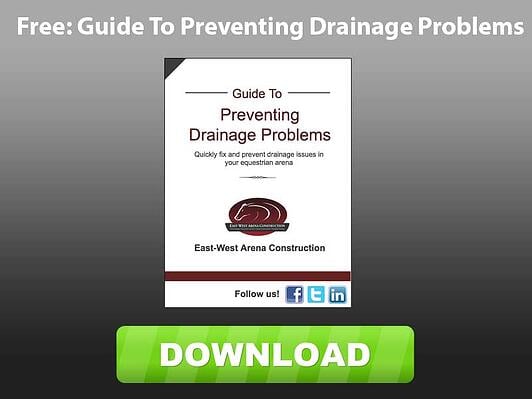